Chief Tallent has over 15 years of experience in the law enforcement security and investigation field beginning with participation in a law enforcement Explorer Post while still in high school followed by the US Navy where he worked as a Master at Arms the Navy's term for military police. While in the Navy he also qualified as Ship's Self Defense Force Leader, Small Arms Marksmanship Instructor and as a firefighter. Chief Tallent earned the Enlisted Surface Warfare Specialist designation, Navy Achievement Medal, Good Conduct Medal and Global War on Terror Expeditionary Medal. He also qualified as an expert pistol shot and expert rifleman.

Chief Tallent has also had experience as a Fugitive Recovery Agent, Animal Control Officer and Security Officer, serving in multiple supervisory roles. While working as a Fugitive Recovery Agent, he investigated, located, arrested and returned to custody 12 felony fugitives from justice. As an Animal Control Officer he worked closely with the community to locate and safely recover animals at large and in most cases return them to their owners. He was also able to operate the shelter without having to euthanize any animals. As a Security Officer, Chief Tallent has sought out positions that emphasize community oriented policing, cooperative law enforcement and criminal investigation skills. Chief Tallent also attended the National Gang Academy where he earned designation as a "Certified Basic Gangology Specialist". Tallent  also board certified as a "Certified Profesional Criminal Investigator".

Chief Tallent is committed to continued growth, constant improvement and providing a premium security service that clearly stands alone. He is striving to improve the industry by working with legislators to draft laws that more clearly define authority, training and professional expectations to preserve public safety and promote a standard of excellence. 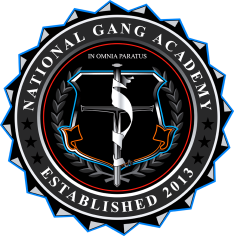 Print | Sitemap
© 2015, 2016, 2017, 2018, 2019, 2020, 2021 Security Protective Service, a veteran owned business. This website is a general representation of available company services. Nothing herein may be construed as an included service unless specifically included in a written contract between SPS and a client. Consult your counsel for any legal advice.
Login Logout | Edit page